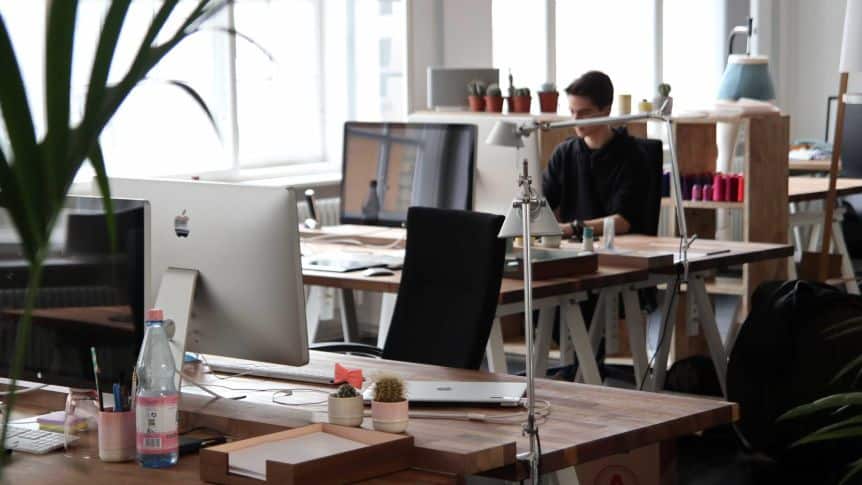 In many parts of the country, employees are just starting to go back to their offices. They work in small groups kept significant distances apart from one another, perhaps on an every-other-day schedule. This is necessary due to the still-ongoing prevalence of COVID-19. Yet even before the pandemic took hold, hot desking already had a myriad of health and safety issues attributed to it. What are these?

The following health and safety concerns are associated with a hot desking office setup:

In today’s post, we’ll elaborate more on the above health and safety concerns tied to hot desking. Just because there isn’t necessarily a lot of them doesn’t mean these existing issues are insignificant. As you’re about to see, that’s anything but the case.

This probably isn’t what you want to read as you return to work in the midst of a pandemic, but did you know that the average office desk has more bacteria than even a toilet seat? It’s up to 400x greater, says Australian workplace resource SmartCompany. Indeed, as many as 10 million bacteria may live on an average office desk.

How does this happen? Well, according to a 2016 report published in the Journal of Occupational and Environmental Medicine

, several factors are at play. For one, to get to their office, employees usually have to open doors (like to gain access to the building) or press elevator buttons, neither of which are clean surfaces to touch.

So you know that, in non-pandemic times, the standard office is pretty dirty. Now imagine that you’re taking one of those dirty office desks and splitting it among two employees as hot desking so often does. Since twice as many people are using the workstation, you can expect at least double the bacteria, so maybe something in the ballpark of 20 million bacteria on the desk instead of 10 million.

In a report called the Scandinavian Journal of Work, Environment & Health, the researchers looked into the impacts of desk-sharing and employee health. They found that there’s a much higher risk of illness-related absence with hot desking compared to working in a cellular office or a private office.

How high? Is 62 percent high enough?

Yes, that’s right. If you work in a hot-desking environment

, then you’re not 30 percent more likely to get sick or even half more likely, but well over 60 percent.

At current, employers are taking great strides to reduce the risk of employee illness, as COVID-19 is more than just a case of the sniffles, but a life-threatening virus that kills people of all ages. Still, more than ever, it’s a very good time to move away from hot desking if your company hasn’t done so already.

Even outside of the aspects of employee health­–which is incredibly important­–are concerns about productivity and reduced economic impact with hot desking. Having a more than 50-percent chance that your employees will have to take time off if they get sick because of your hot desking setup means that at any time, your office could be understaffed.

The fewer working employees, the less money your company makes. In pre-COVID times, the economic impact could be substantial. Now, in a pandemic and when many companies are hanging on by a financial thread, lost income could potentially spell the end for your company.

Physical health is not the only concern in a hot desking setup. So too is the mental health of one’s employees. This 2010 publication of the Indian Journal of Occupational & Environmental Medicine states that employees with a lot of stress at work are at a higher risk of cardiovascular disease, diabetes, and hypertension.

Less seriously but still important is that employees with low wellbeing from their jobs may feel burned out, the study says. That puts a huge dent in the productivity of your employees. Plus, unhappiness at work may lead to higher employee turnover. Your company then has to spend the time and the money to interview candidates, hire a new employee, furnish their workstation, and train them at their job.

A 2019 article from Personnel Today cites the results of a study done by Brickendon, a consultancy firm. Employees–more than 1,000 of them–were surveyed about their happiness (or lack thereof) with their hot desking role at work.

Out of every 10 employees, eight of them said their mental wellbeing was impacted by hot desking. A portion of respondents, 22 percent, said they felt as though they cannot bond as well with their coworkers when hot desking. Women respondents especially complained of this issue, about 25 percent of them, saying they had a hard time developing professional relationships among their colleagues.

A much bigger chunk of the employees surveyed, 44 percent, complained of having to turn on a different work computer and get it configured to their liking thanks to hot desking. Another 31 percent felt their wellbeing was impacted by the never-ending desk search.

Some of these issues are fixable, even within the confines of hot desking. For example, a large portion of the respondents­–more than 60 percent–stated that if they could schedule where they’d sit the night before or even the week before that they’d be more flexible with the hot desking office model.

As for the other problems, such as lack of bonding and daily computer setup, those issues don’t easily go away unless you were to discontinue hot desking in your office. Thus, for each day you follow this office model, you have to anticipate that some employees will be unhappy as their mental health at work erodes. They may soon leave as a consequence or have their physical health severely impacted, even to the point of death in some cases.

It doesn’t matter what kind of industry you’re in, your company is built on data. Most of this data is proprietary, from trademarks to company secrets, revenue information, employee salaries, and the like.

You probably have a policy in your company handbook about what employees can and cannot do with proprietary data. That’s why you send emails within an internal company email server rather than to private email addresses. Your employees may even have a separate work smartphone and personal smartphone because you’re that serious about keeping proprietary information within the company only.

When each employee at the office has their own desk or cubicle, it’s easy enough to keep your data shielded. Yet with hot desking, two scenarios can arise that can put your proprietary data at risk.

The first of these are employees within the company seeing information they shouldn’t. Let’s say one of your employees works the morning shift as part of your hot desking office model. They’re late wrapping up, so they leave without logging out of their computer.

It’s a simple mistake. If this employee had their own desk or cubicle, then they’d come back to work tomorrow, realize they left their computer on, and try not to do it again. No one would really see the information left on the computer due to its location.

But your employee doesn’t have their own desk or cubicle, so when the second employee who shares that desk for the day comes in and goes to use the computer, they see that the last employee didn’t log out. They can also get an eyeful of reports and data never intended for them.

Here’s the other scenario that can make proprietary data leaks more common in a hot desking setup. Since hot desking is supposed to reduce office space, you have a portion of your employees working remotely.

The freedom of working from home is that yes, home is one place the job can be done from, but not the only one. If an employee goes to a crowded Starbucks or a busy park and they have their laptop open, all it takes is one nefarious character with prying eyes to steal private company info.

The repercussions of such a scenario could be disastrous for your company. Having trade secrets or other proprietary information leaked can cause a lack of trust in your company operations from the perspective of your customers as well as a lot of bad press. Financially, it can put a dent in your company as well, which we already said is especially bad in the current climate.

Can I refuse to move desks at work?

What if you flat-out refuse to partake in hot desking? It’s an option, but not necessarily one your boss will approve of. Some superiors will view your behavior as misconduct. You could get written up for the first offense and, with repeated offenses, even fired.

How can I increase my feelings of wellbeing at work?

If you’re struggling with an office that employs the hot desking office model, here’s how you can improve your wellbeing: