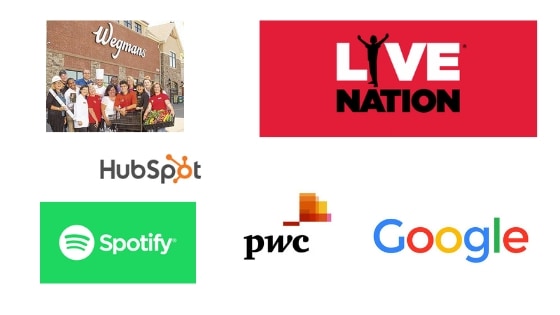 There is a challenging question plaguing corporations everywhere at the moment—With so many unique offerings to enhance employee experience, why can’t organizations seem to get employees to stay longer than just a few years, regardless of how ‘progressive’ they’ve become?

Even with a more modern approach to keeping employees happy, they’re still losing hires at a staggering rate.

Take Millennials, for example, a group where seventy-five percent of its population believes ‘job hopping’ is a good idea

According to recent data

“Job-hopping, generally defined as spending less than two years in a position, can be an easy path to a higher salary — but experts caution that bouncing from position to position can be a serious red flag to prospective employers. Unfortunately, the majority of workers — 64 percent — favor job-hopping, according to a new survey by staffing firm Robert Half. That’s up 22% from a similar survey four years ago. Not surprisingly, millennial workers felt the most favorably about changing jobs

frequently, with 75% of employees under 34 stating that job-hopping could benefit their careers.”

And although employees undoubtedly exit for a variety of reasons, oftentimes, it comes down to one primary culprit— a shortsighted, underdeveloped notion of what culture really means.

In many cases, this misinterpretation of culture is the most damaging effect on the lasting employment, because it’s not a one-track idea, yet more so a strategic roadmap comprised of many nuanced, intricate pathways to success.

explains it this way,

“Culture is often referred to as “the way things are done around here.” But to be useful, we need to get more specific than that. I’ve been working in HR for over twenty years, and the best companies I’ve worked with have recognized that there are three elements to a culture: behaviors, systems, and practices, all guided by an overarching set of values. A great culture is what you get when all three of these are aligned, and line up with the organization’s espoused values. When gaps start to appear, that’s when you start to see problems — and see great employees leave.”

“One commonality that’s increasingly clear: The culture and values of an organization and the opportunities that exist there are as important as the compensation and benefits packages

. Three companies have been on the list all 10 years”

Yes, on the whole, employees are spending less time at each job over the course of their career, but that doesn’t mean that curating best practices now, especially when it comes to company culture, won’t change the trajectory of the future.  So what should the employee “Be On the Look Out” include when it comes to considering a company for the long term?

These seven corporations tackle a few of the “behaviors, systems and attribute” note above that comprise an exceptional workplace—here is what makes them special:

“The company’s obsessive attention to training—employees must have 40 hours’ worth before they can start interacting with customers—comes from a management philosophy that is based on giving employees autonomy, so that the staff feels empowered to do just about anything, without consulting a manager first, to make sure customers leave happy. Wegmans also offers generous health benefits, pays out nearly $5 million a year in tuition assistance for employees, and sends workers around the country and the world to learn more about wine, cheese, or meat.”

Andrews, 32, previously worked at Google — and while he said the two companies are “more similar than some people might think,” he cited autonomy as one of the biggest differences between them. “There’s as much help from your managers or teams as you want and guidance, but you really have autonomy to take [a project] in the direction that you want. So if you feel strongly that something should be done a certain way, if you can build a case for it, present the data, and make a strong argument, there’s really no established way of making something happen.”

“Google has really teased out the most fun parts of working in tech and amplified those to the maximum. It gives people a chance to solve huge problems while delivering people the most important resource they can have: information. They are a little irreverent with recreation and generous with perks. Those things always increase employee happiness, which has a direct relationship with productivity. – Arnie Gordon, Arlyn Scales

“On a regular basis all Airbnb employees (they call them “Airfam”) have a bi-weekly world meeting, which is typically out of San Francisco, but joined by everyone on live stream. Each country or city office also has a more informal meeting towards the end of the week. The executive team meets weekly and within 24 hours of that meeting it’s Levy’s task to get the notes out to every person in the company. “We distribute that very broadly and people really appreciate knowing what we’re talking about and ask questions, share thoughts and ideas,” Levy says. “That stems from our communication philosophy that we want to have an honest, open and two-way dialogue between everyone in the company.”

Via Great Places to Work

“One of Live Nation’s guiding principles is to take care of our own. That applies to our artists, fans, partners, and above all, our employees. Our CEO felt so strongly about this mantra, that on top of regular benefits and compensation, he started offering help to employees who were going through a tough time. This grew into an official program called Taking Care of Our Own, which has helped thousands of our employees in times of hardship, including rebuilding after natural disasters, expenses from experimental medical treatment, alternative housing for domestic violence situations, as well as drug and alcohol dependency treatment, and many other personal crises. Employees can also seek support from their own networks through a partnership with leading crowd-funding platform, GoFundMe, and Live Nation is committed to matching up to $5,000 of funds raised.”

“A study of 44,000 employees conducted with the University of Southern California and London Business School between 2011 and 2012 revealed that PwC’s Millennial employees (which the Pew Research Center defines as people born between 1981 and 1996

) were as committed to work as anyone else and didn’t object to long hours. What they did object to, according to the study, was being at a desk or office for 15 hours to get the job done… It didn’t take long for PwC to course-correct. The company has since streamlined the availability of flexible work policies, e.g. telecommuting or compressed workweeks. The vast majority of employees take advantage of them. (It also implemented a four-day retreat for newly appointed senior associates in the U.S., called Discover.) And the company isn’t worse for the wear, as Quartz notes: “People could work from home, or leave early on Tuesdays, and the company wouldn’t collapse.”

“Spotify’s core organizational unit is an autonomous squad of no more than eight people. Each squad is accountable for a discrete aspect of the product, which it owns cradle to grave. Squads have the authority to decide what to build, how to build it, and with whom to work to make the product interoperable. They are organized into a light matrix called a tribe. Tribes comprise several squads linked together through a chapter, which is a horizontal grouping that helps to support specific competencies such as quality assistance, agile coaching, and web development. The chapter’s primary role is to facilitate learning and competency development throughout the squads.”

As the population of young workers grows to meet their epic potential over the next several years, we will learn much from the beginnings of their corporate lives—as such, the affirmation that organizations genuinely cares about the core principles is imperative.

When a company develops strategies to become appealing to a large, diverse population, they enhance their ability to grow their workforce exponentially over time—even if they lose a few employees along the way. There will still be growing pains throughout the process; alas, the idealism for a better employee experience going forward is palpably important. With wide-open eyes and, albeit sometimes naïve, optimism, the future of work will no doubt be searching for opportunities that allow them to stay happy at work, and hopefully for the enterprise, for much longer periods of time.

is a digital strategy consultant and professional writer currently residing in central Pennsylvania. A long-time Manhattanite, Kate spent a decade successfully managing myriad growth initiatives as a recognized digital authority, brand builder and virtual voice for over a dozen top-tier companies. When she’s not aiding in architecting other entrepreneurs’ dreams, you can find her developing her passion project for the work-from-home community, These New Walls

link to Hybrid Workplace VS Metaverse: Choose the right model for your organization

A big part of the working community works from an office. As most of us are spending a lot of time in the office, you must be keeping it well-maintained and clean. That is also why many companies are...