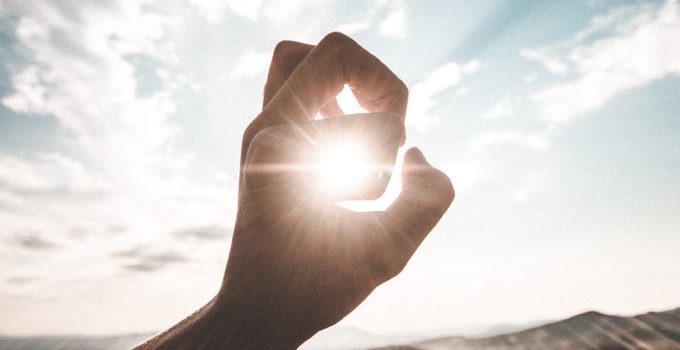 Most countries today rely almost exclusively on unclean, fossil fuel energy. However, this kind of energy will be unsustainable moving forward both because people are quickly running out of fossil fuels to burn and because they are causing rapid climate change. In the coming decades, many cities and countries plan to move either mostly or exclusively to cleaner forms of energy. Every person who switches to clean energy makes a difference, so here are ten ways to convince the people in your life such as your friends, family, and coworkers to switch to solar energy.

If the person you are trying to convince is already predisposed to being environmentally conscious, letting him or her know about the environmental benefits can help in the process. While solar energy does not eliminate all pollution, the amount it produces is minuscule compared to fossil fuels. Widespread use of solar energy instead of unclean energy could both help repair the atmosphere, cool the planet, and reduce the number of pollution-related deaths every year. Every person who decides to switch to clean energy makes a difference, no matter how much or little energy he or she uses.

3. It is Easy to Install

integrate the panels directly into the materials used to construct the building. For example, the glass in windows can be replaced by solar panels fairly seamlessly. This provides opportunities for large areas of the exteriors of buildings to be dedicated to harnessing solar energy. Installation is another cost that you have to consider when switching to solar energy, but, once again, it will be less expensive in the long run.

Even if you do not plan on staying in your current home or office building forever, there are still benefits to investing in solar energy. When you are ready to move on from your current building and either sell it or rent it, listing solar panels as a feature will both allow you to sell it for more and garner more interest because of the uniqueness and novelty that your building provides. If you do plan on staying in your building forever, then it is still a good investment.

Many engines and other machines that run on unclean energy rely on mechanical parts which can easily break or jam. This is not the case for solar panels, which are flat planes. Even other forms of clean energy, such as wind power, which uses a lot of windmills, have moving parts that need repairs from time to time. The repair and upkeep of solar panels is one expense that is initially cheaper than other forms of energy. it is always appealing when you can install something once and not have to worry about it again.

6. It can Be Portable

Many companies have trouble creating portable power sources, but solar energy is some of the most efficient portable energy available today. As mentioned earlier, some utility providers allow you to sell excess solar energy back to the provider. This is possible because of how portable solar energy is. Solar panels are only getting small and more lightweight as technology advances. This allows anyone to use solar energy in every area of their lives, including charging your phone, while you are outdoors or on the go.

One major concern for people all around the world, but especially in the United States is energy independence. The United States is largely reliant on other countries to provide fossil fuels for it, which has caused and is still causing both violent and nonviolent conflicts. Clean energy, especially solar energy, is one of the best ways to increase energy independence. The sun is available all over the world, which reduces the need to scour for resources. Since the sun has no plans of running out of energy in the next few billion years, it will be the best source of energy you have throughout your whole life.

Often, an argument that people present against clean energy is that fully switching to clean energy will eliminate too many jobs. However, clean energy will create just as many, if not more, jobs than those lost from eliminating unclean energy. These jobs are also generally higher-paying jobs for more skilled workers. The number of jobs needed to retain the amount of solar energy the world is using is only expected to increase from here, and since they cannot be outsourced, it will help the economy of the country you live in.

Whether you are looking at switching to solar power

for your business or for your home, it could boost the moods of those around you and give them a more favorable perception of you. Studies have shown that when employees perceive the company they work at as caring more about the impact it has, the employees are happier working there. On a personal level, if you switch to solar energy in your home, those around you will not only realize that you are doing your part for the environment, but it could also encourage them to go solar as well.

The energy people consume is one of the most important issues facing humanity today. Scientists all around the globe are adamant that people need to become more environmentally conscious and that governments need to make strides to start using clean energy as often as possible. Solar energy is only one type of alternative for the world, and many would argue that it is the best and most effective alternative. If you want to do what is best for your planet, your country, and your life, solar energy is the way to go because of all the benefits it can provide for every area of your life.